Pictured are Ardscoil Ris students, Diarmuid O Hanlon and Padraig Ryan who's project , Your Health is Your Wealth: An app you can use at home to monitor your overall health, won the Boston Scientific Medical Devices Award. 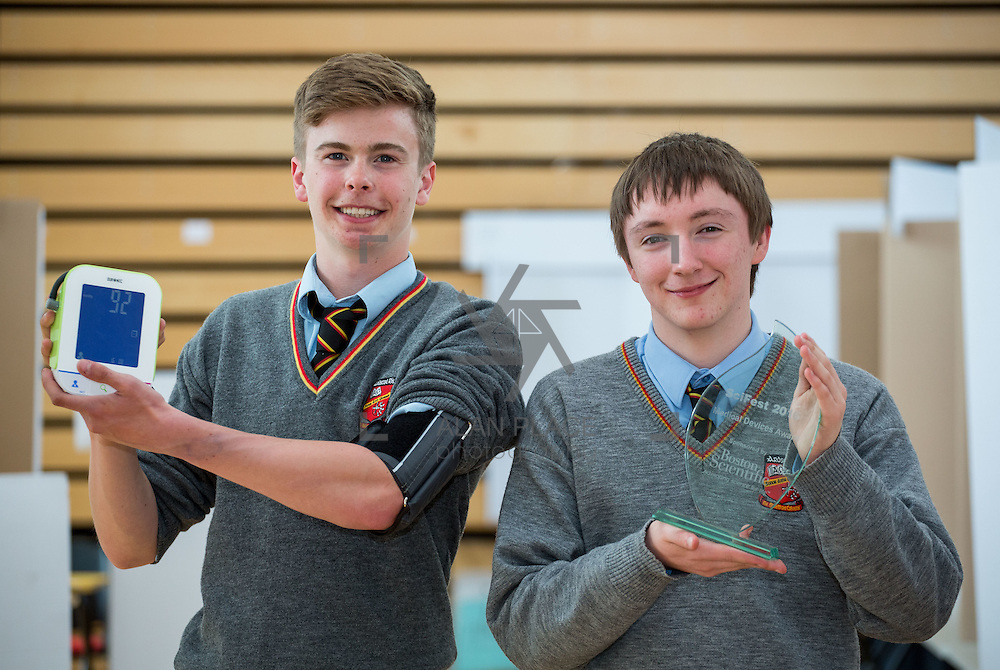